Columbia’s downtown district has been buzzing the past few years with the rise of the BullStreet District. The “essence of the New Urban South,” BullStreet is already home to several thriving, local businesses. For September’s program, we’ll hear from BullStreet’s flagship occupants, including Scott Hall (chef and owner, Bone-In Barbeque), John Katz (president, Columbia Fireflies) and Graeme Moore (The Moore Company). Hear about their involvement and participation in the development of the BullStreet District, what their long-term goals are, how their companies are contributing to the neighborhood’s unique personality and offerings. A soon-to-be-announced City of Columbia official will also join the program!

Join us for a delicious lunch provided by Bone-In Barbeque, one of BullStreet’s latest businesses.

Acknowledging the significance of this date, we’re humbled to welcome friends and peers for a lunch program to celebrate Columbia’s strong sense of community and continued growth. Space is limited, so please register early! 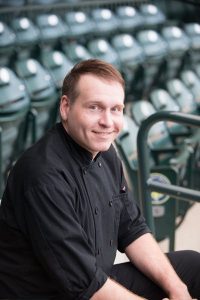 A Midlands native who spent 10 years in some of New York City’s most prestigious kitchens, chef/owner Scott Hall of Bone-In Barbeque in the BullStreet District in downtown Columbia, S.C., has been featured in GQ and Smithsonian magazines as well as the Cooking Channel, Bravo and Travel Channel. 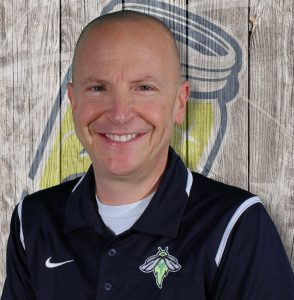 The 2018 season marks John Katz‘s 26th year in Minor League Baseball and his 20th as a team’s top executive. The 2017 South Atlantic League General Manager of the Year currently serves as President of the Columbia Fireflies after serving as President of the Savannah Sand Gnats — a position he held from 2009-2015.

Prior to his positions in Columbia and Savannah, Katz had operated professional sports venues in Salem, VA, Stockton, CA and Modesto, CA. Katz was named the Sterling Mets Minor League Executive of the year in 2009. He was also named the Executive of the Year for the Carolina League in 2006 and the California League in 2000. In addition, he was the owner’s representative on the design, development and construction of Banner Island Ballpark in Stockton, CA, which opened in April 2005. Katz enjoys spending his free time playing soccer and reading obscure books about economics. A Boston native, Katz lives in Columbia with his wife, Anne, and their three children. 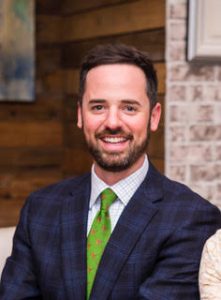 Graeme Moore has owned and operated The Moore Company on Devine Street in Columbia, S.C., since September 2015 after a serendipitous dinner earlier that month. Graeme was born in Orangeburg, South Carolina in 1984, the same year his dad Marion opened The (original) Moore Company. Graeme swore that he would never return home to work with his dad, and for about seven years after college, he held true to that promise while working as a reporter in television news.

But in late 2013, Graeme signed off for the last time and signed on with his dad’s company. In 2014, Graeme was named associate of the year based on sales volume, and he was leading the company in sales in 2015 before starting the new company in Columbia.

Graeme is a graduate of the University of South Carolina with a degree in broadcast journalism. In addition to helping people buy and sell homes, he’s also into renovating homes around Columbia’s downtown neighborhoods.